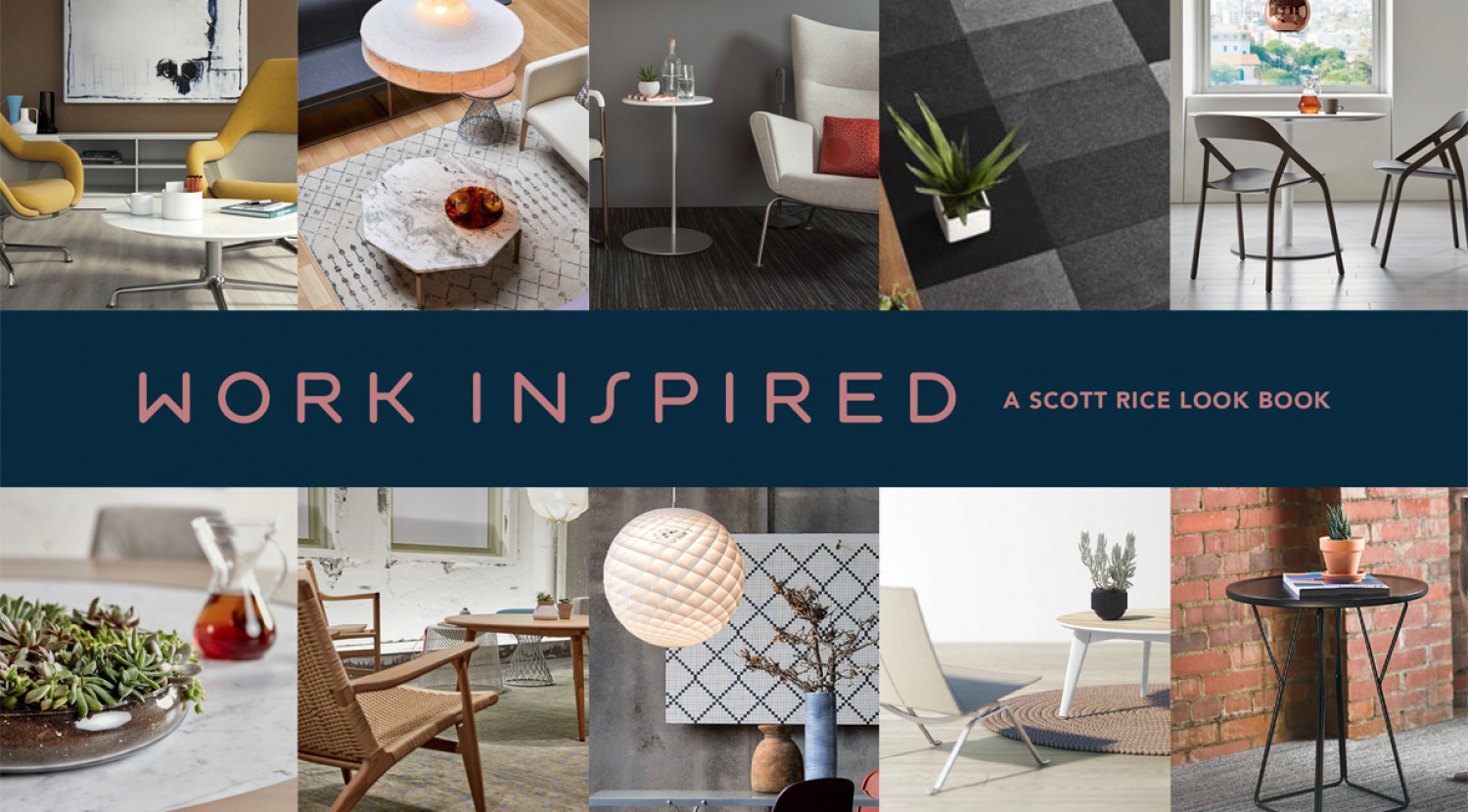 Millennials may get the credit, but every generation benefits from the latest trends in office design. And with employers now facing a diverse workforce that includes as many as three very different generations, the need for a flexible and adaptable – and comfortable – work space has never been more apparent.

We are excited to share the first edition of the Work Inspired Look Book.

A Letter from Ed

When I was attending school and considering career paths, I would never have dreamt of being involved in office furniture. While it does sound glamorous and fascinating, I chose to study Graphic Arts at Central Missouri State instead. Shortly after graduation, I was offered a job selling used office furniture which was as exciting as it sounds. I didn’t realize, as I began this temporary side trip into office interiors, that the business can really get into your blood.

An Interview with Gretchen Holy

Gretchen Holy is the current President of the Mid-America Chapter of IIDA and brings more than 20 years of professional experience to her role as Associate Principal | Director of Design for Interiors at BNIM. Stacy Roth recently was able to grab coffee with Gretchen to get to know more about her career, influences and passion.

An Interview with Katie Parker

Katie Parker has been a designer at Scott Rice for approximately five years. A few of her daily tasks as a designer at Scott Rice include space planning, providing insights into the workplace, specifying product, and packaging presentations. Her commitment to projects, attention to detail and creative talent are valued not only by Scott Rice, but her clients as well.

We are excited to announce the newest additions to turnstone’s product offering – Clipper, Campfire Pouf and Campfire Standing Slim Table.