Gretchen Holy is the current President of the Mid-America Chapter of IIDA and brings more than 20 years of professional experience to her role as Associate Principal | Director of Design for Interiors at BNIM. Stacy Roth recently was able to grab coffee with Gretchen to get to know more about her career, influences and passion.

>> CAN YOU TELL US A BIT ABOUT YOUR BACKGROUND?

I am not native to KC, I grew up in Topeka…a great place to be from. By the time I was in eighth grade I knew that I wanted to go into design. I ended up at K-State; I’m a product of the interior design program within the College of Human Ecology. Thinking back, I’m not sure anyone ever told me about the interior architecture program. I often wonder if I would have chosen that program had I known anything about it.

When I was in school, the job market was tight. Kansas State’s Interior Design program was a four-year degree, but my parents had said, “Take five years, be a well-rounded student.” That was probably a life saver, because most of my classmates never found jobs in the industry. When I graduated in ‘94, the economy was better, so I moved to Omaha and went to work for Leo A. Daly Company. Daly’s is a great company, but was not a good fit for me to start out – I felt lost in such a global company. The woman who hired me left shortly after I started to work at Holland Basham (now known as HBA Architects)and I ultimately followed her there. I loved my time there because it was such a small firm. Instead of an office of 250 people there were maybe a dozen of us. I got a much better sense of what it takes to put a project together from start to finish. After getting engaged, I left Omaha to come to Kansas City and work at CDFM2 – which later became 360 Architecture and is now HOK. I jumped around a lot. I was definitely one of those people with the mindset that if you don’t enjoy what you are doing and who you are doing it with then the rest of your life will be miserable. It took a while to find the right fit.

About 4 years after starting at CDFM2 I left to go to work at Wiedemann Architects which merged with Focus Design to become what is now Helix where I spent about three and a half years. I left Helix to join BNIM where I just celebrated my 15-year anniversary. It took a while to find the right fit, but that was my path.

>> How do you describe your approach to design?

My design approach changes project to project based on the client type. Being on the interiors side, my approach to design is to be the client’s biggest advocate. The work I do now is predominantly in higher education, which can at times be described as a three-headed monster. Typically, you engage with the Board of Regents, the Institute and finally the end-user of the building. Advocacy isn’t necessarily an approach to design but it’s what I hold in the highest regard. My responsibility as a designer is making sure that the client is being listened to and their needs are being met. 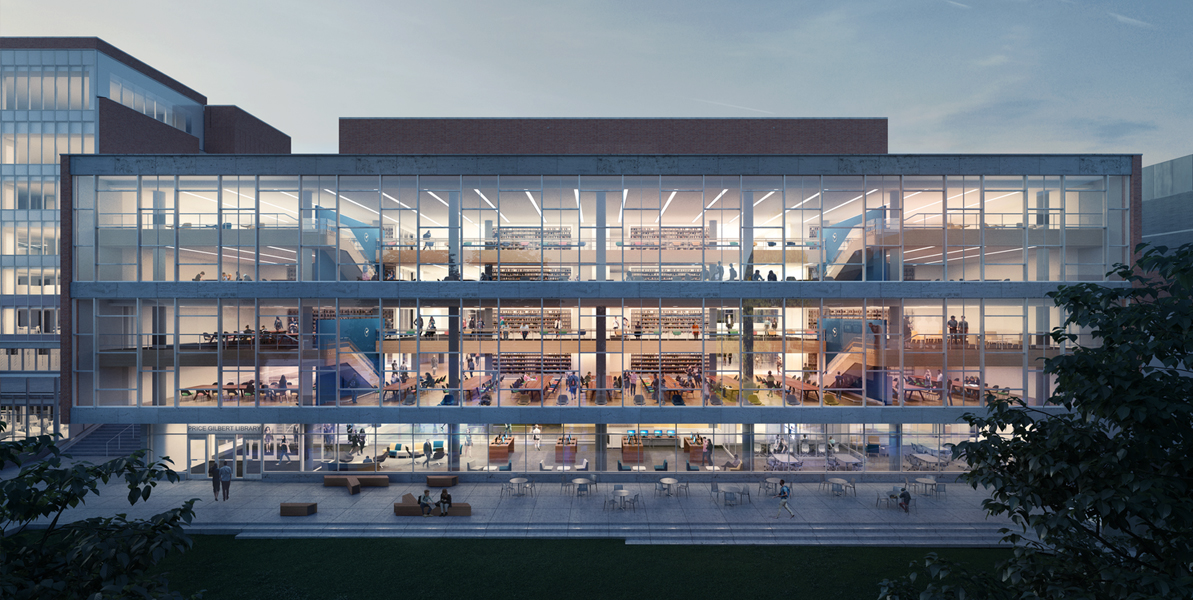 >> What Have been the biggest influences on your thinking and your design approach?

That is something that has changed throughout my years of experience. Working at Leo Daily helped me understand the type of firm that wasn’t the best fit for me. Back then their interiors group was a siloed part of the organization. Interior Designers didn’t sit on architectural teams, which made it difficult to have influence on a project. I learned early in my career that I was much more interested in being part of an integrated, multidisciplinary team.

Coming to Kansas City, I had the opportunity to work with Marvin Manlove at CDFM2. One of the many things I learned from him was really taking a bird’s-eye view of a project and thinking about the organization as a whole. Whether its massing of a new building or a renovation where you are trying to understand how to best organize and move through the space. Understanding the flow of work for a particular client, as well as the flow for guests within that building is also very important. Marvin taught me how to look at stacking, blocking and overall organizational structure.

The past few projects I have been heavily involved in have been major renovations – one of which is a library renovation for the Georgia Institute of Technology. It’s interesting that so much of my past career, approximately 75% of it, has been spent working on new buildings from the ground up or a complete gut and start over. Now I’m working on teams with more experience in renovations. A colleague who has spent most of his time working on renovation projects has taught me that sometimes what the client wants and what the building is willing to provide don’t always agree. So, how can you come to a resolution and really make the architecture work for what the client needs? Navigating that course has been something that has been eye-opening to me. I consider myself an advocate for my clients, as a result, I sometimes find myself butting heads with my colleagues about what is best for the project. This then opens up dialogue to really look at the project from every angle, ensuring we provide the best possible solution for both client and building.

>> What are you currently fascinated by and how is that influencing your work?

I’m currently working on two library renovations the previously mentioned one at Georgia Tech and one at Cal Poly. Both projects have buildings designed in the mid-century – one traditional mid-century modern, the other a more brutalist style. I am currently amazed by how many manufacturers have gone back to some of the design aesthetic of the mid-century. It’s interesting that the two projects I’m working on have or need that influence in a modern interpretation. Having the option to have new products that could one day become classics is something I’ve been pleased to see.

>> What do you think design resources online have influenced space today?

Our architectural libraries are certainly much smaller! Overall, I think the positives outweigh the negatives. One major concern is the obligation we have as designers to make sure we understand and adhere to commercial product standards such as BIFMA & ANSI testing. Clients have access to retail pricing for residential products which at times market to commercial users; this can cause them to question why we are specifying a $500 chair while there is a similar looking chair from an online retailer for $200. It’s important for us to have the ability to explain the difference to the client.

I recently attended an IIDA CLC (Chapter Leadership Council) seminar in Chicago this past summer. A speaker from BIFMA gave a great example of a client that had a tight budget for furnishings. Instead of purchasing commercial rated task seating for all of the employees, the client went with a residential rated chair that was a third of the cost. This upfront savings ultimately cost them millions of dollars in law suits because the chairs failed and employees were injured.

>> What are you passionate about outside of work?

Time! Time has always been my passion. When I was at Helix I started working a condensed work week to focus on my hobby of painting. I maintained that schedule for a number of years, even after I started at BNIM. I then had a child and continued to do it to spend time with her on Fridays. After winning the Georgia Tech project it was clear that a condensed work week was no longer realistic. My kiddo was older and in school so I decided to go back to a five-day work week. I know I was more mentally balanced when I had a 4-day work week. It has been four years and I still miss my Fridays!

>> you mention the word “balance”. how can you include this in your work and personal life?

We had this conversation at BNIM a few years ago during our annual symposium. Our conversation lead to the fact that balance insinuates you have to give something up where as harmony does not. How can you make life more harmonious? Everybody thrives on different things. I thrive when I am on an integrated team and when I have personal time to pursue my passions outside the office.

>> What are words that you live by?

“I don’t live to work, I work to live.” this is something that resonates with me. I know people that never take vacations My husband is kind of this way. He enjoys vacation once he is on it, but the idea of being gone from work stresses him out. That is why I work – I work to take the opportunity to travel and spend time with friends. I certainly live by “I work to live” not the other way around.

Our first issue of Work Inspired Magazine contains information on new products, the new SR Collective in the Crossroads KC, an interview with Gretchen Holy, associate principal and director of design for interiors at BNIM and an Interview with Katie Parker, Senior Designer at Scott Rice. We hope you find our tour of new products and the look in our new space at SR Collective as inspiring as we have.

Millennials may get the credit, but every generation benefits from the latest trends in office design. And with employers now facing a diverse workforce that includes as many as three very different generations, the need for a flexible and adaptable – and comfortable – work space has never been more apparent.

A Letter From Ed

When I was attending school and considering career paths, I would never have dreamt of being involved in office furniture. While it does sound glamorous and fascinating, I chose to study Graphic Arts at Central Missouri State instead. Shortly after graduation, I was offered a job selling used office furniture which was as exciting as it sounds. I didn’t realize, as I began this temporary side trip into office interiors, that the business can really get into your blood.