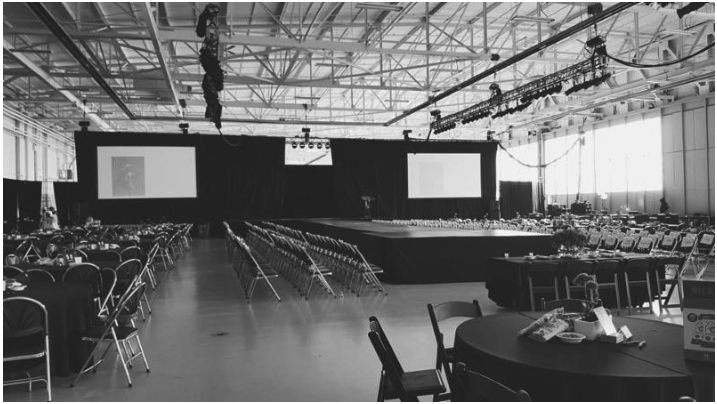 Color + Couture – an inspiring, fun filled, memorable annual event has come to a close in its 11th year in Kansas City.  To celebrate the conclusion of this journey the event was themed Bon Voyage, complete with aviation setting and TWA style dress by the hosts.  The event was held this time at the Downtown Airport hanger unlike previous years at Starlight Theater.  The steel structure of the venue, various planes dotting the tarmac, and the faint smell of jet fuel really set off the theme. As it grew close to show time the crowd began to gather sounding like the energetic buzz of a prop engine ready for take-off.  Lights, camera, action and we were rolling right down the runway sauntering to whatever dubstep/pop remix was conducive to our theme. Each team featured a particular destination, ours was Vienna Austria. Using carpet materials supplied by Aimee Jackson with Tandus + Tarkett, we created a look that emulated the graceful ballerinas of the Wiener Staatsballett, the rigid angularity of St. Stephen’s Cathedral, and gave a nod to the era of Mozart and like composers.  I was honored to be donning such a beautiful piece put together by an outstanding team.

Wishing Color + Couture a hearty bon voyage!  Looking forward to what the future has in store for IIDA Mid America. 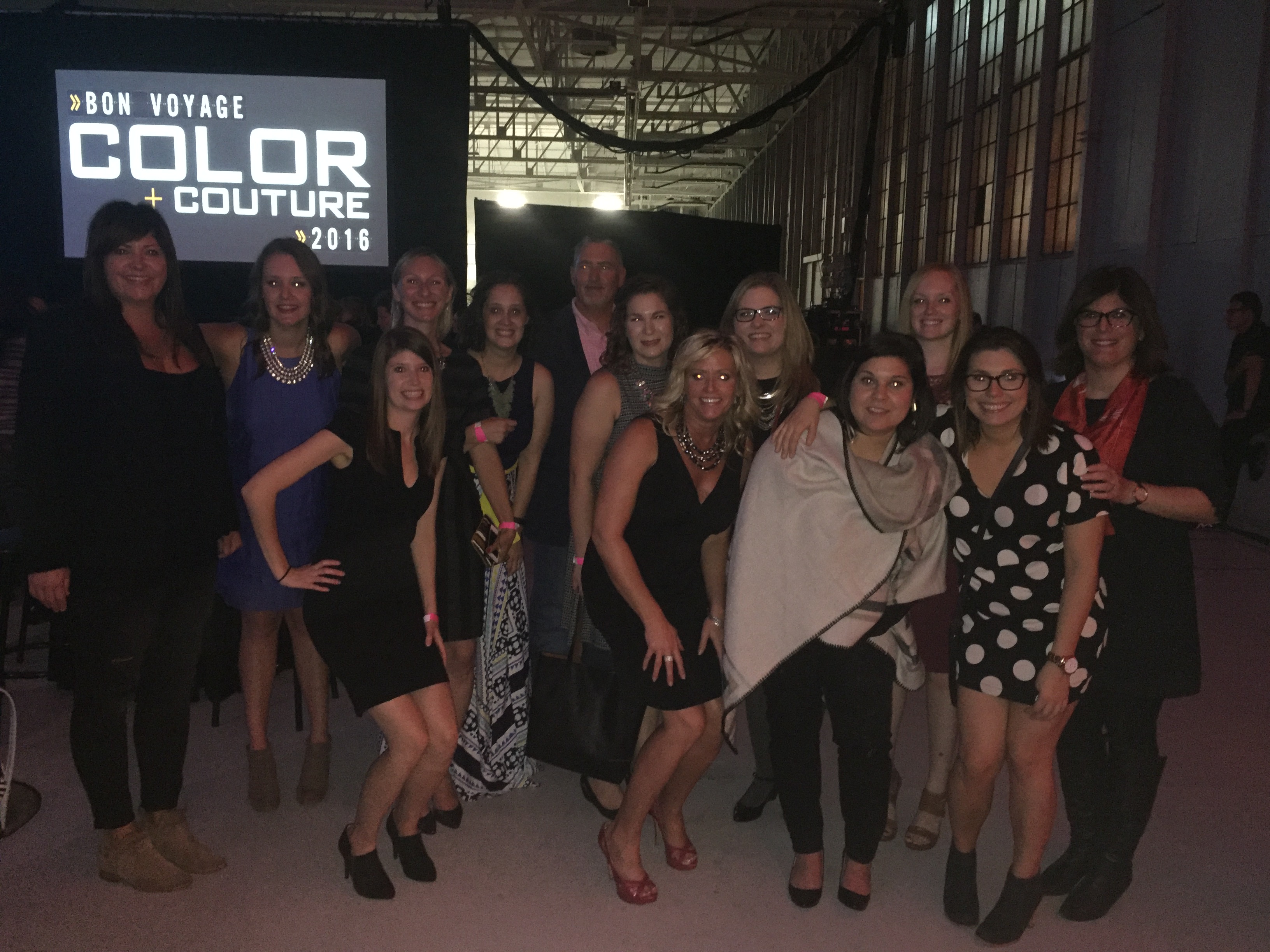 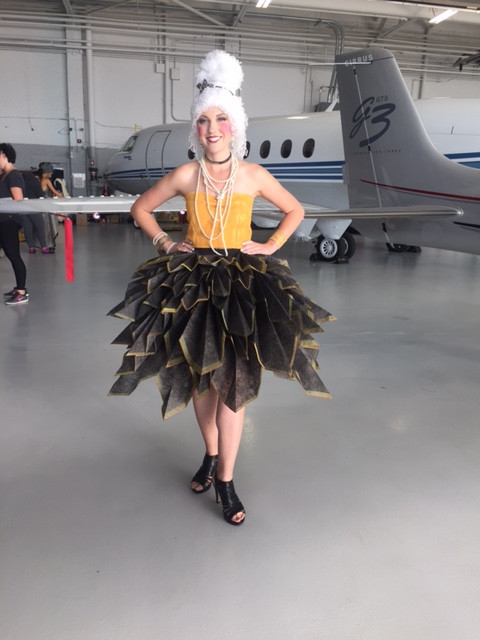 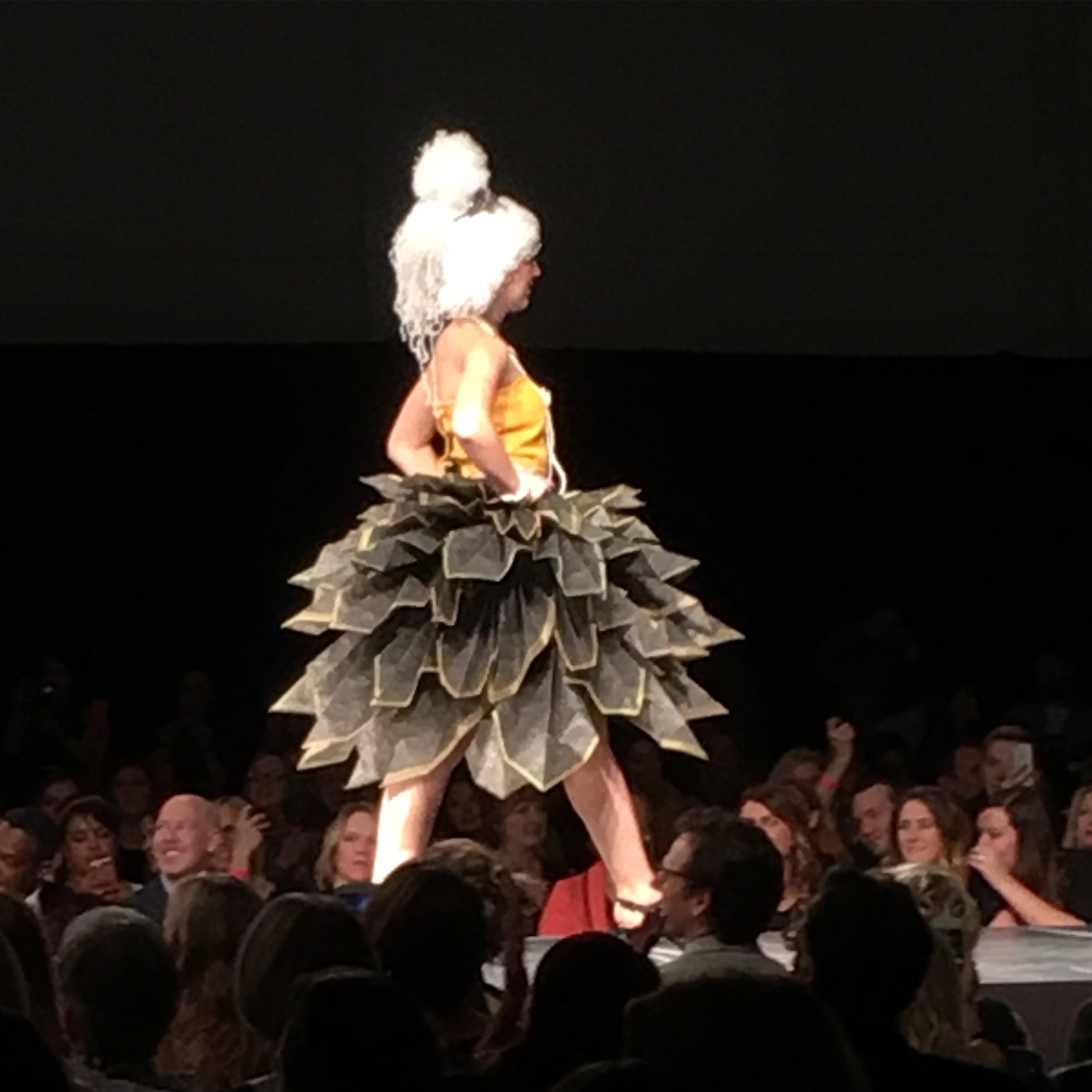 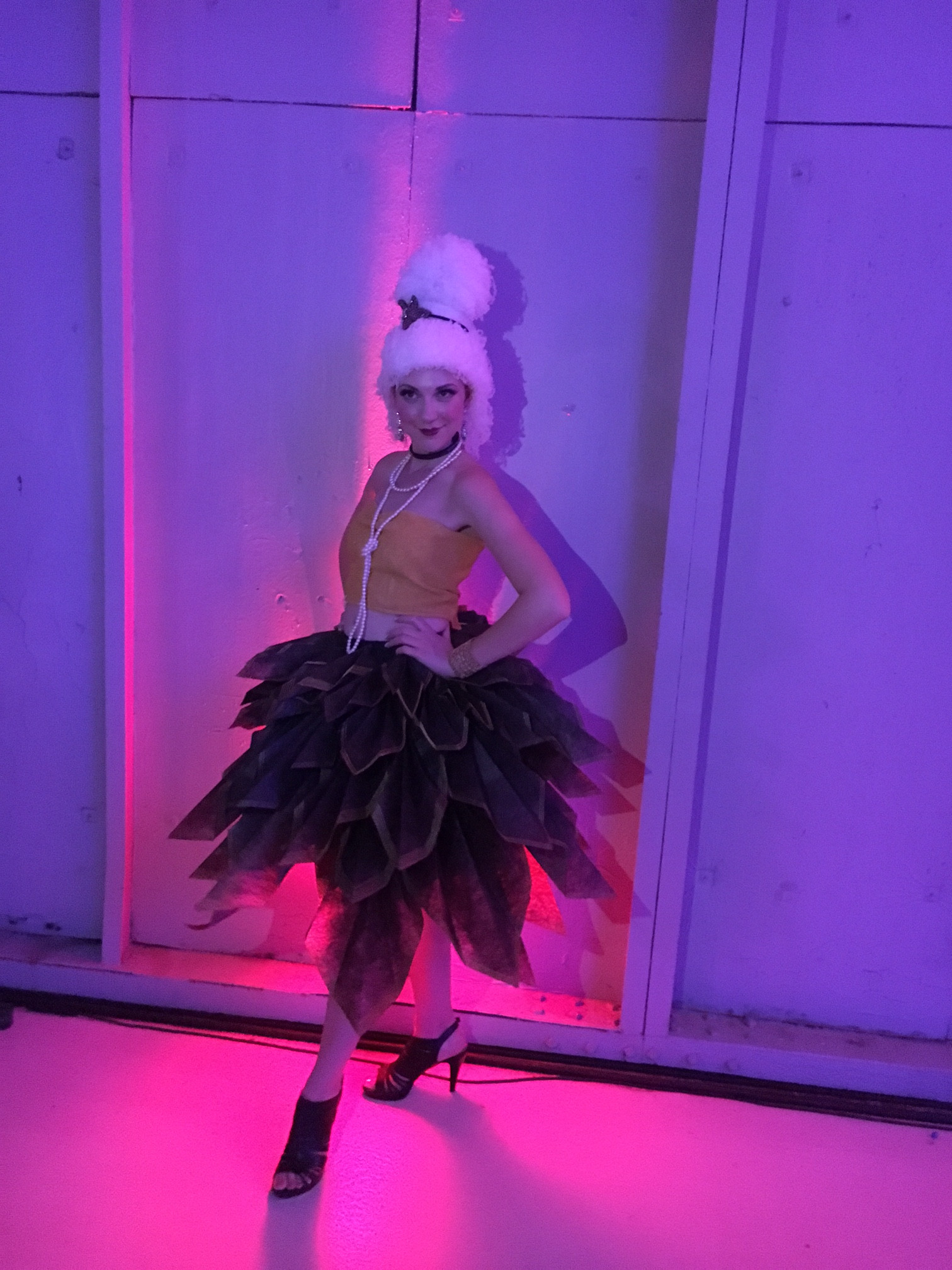